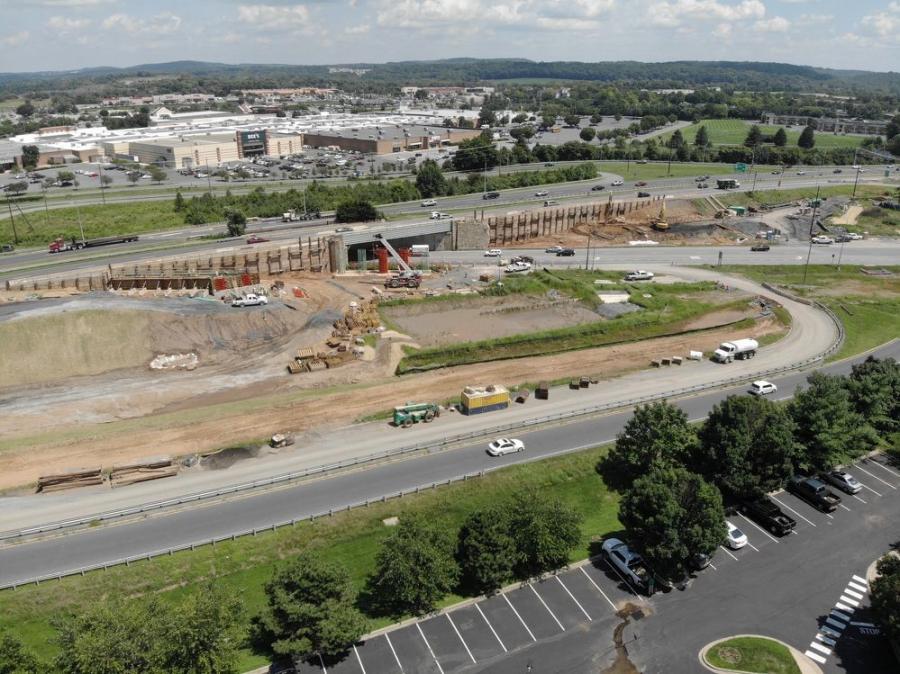 First, crews worked on replacing the existing twin, single-span bridges carrying I-270 over MD 85 with a single, three-span structure.

A project to enhance safety and increase capacity at an interchange in Frederick County, Md., continues toward an early 2023 completion date.

Under the direction of the Maryland Department of Transportation's State Highway Administration (MDOT SHA), construction began in fall 2018 at the I-270 (Washington National Pike) and MD 85 (Buckeystown Pike) Interchange. 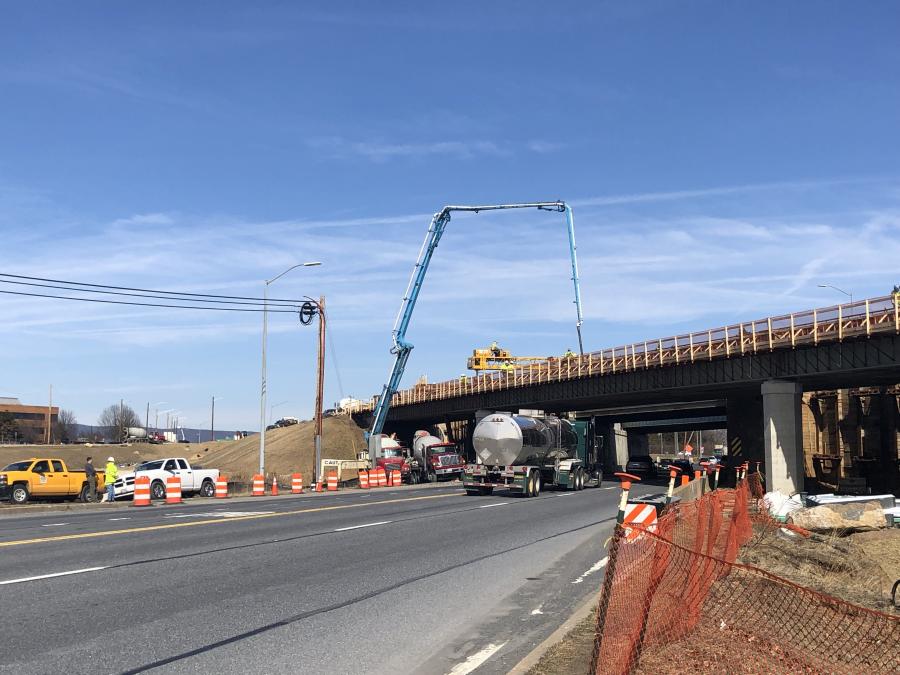 She noted that the project improves the I-270 (Washington National Pike)/MD 85 (Buckeystown Pike) interchange by enhancing safety and relieving traffic congestion in the rapidly expanding Frederick area.

It involves the replacement of two bridges on I-270 that were built in 1954 and outlived their useful service life. Crews also are increasing capacity on MD 85 and adding a new median with a partial diverging diamond interchange to improve traffic flow.

"First, crews worked on replacing the existing twin, single-span bridges carrying I-270 over MD 85 with a single, three-span structure," Felix said. "The bridge is built under live traffic utilizing three distinct maintenance of traffic stages. As the bridge is constructed, crews widened I-270 and installed stormwater management facilities along I-270. Additionally, preliminary storm drain work is performed at the interchange's ramps and along MD 85 in preparation for future work. At the same time, multiple utility owner relocations are completed to facilitate the proposed construction."

After the bridge is complete and I-270 is widened, Felix reported that the remainder of the work will be performed over six more maintenance of traffic stages. This work focuses on improving the interchange's ramps, MD 85, and its intersecting side roads. This includes the widening of MD 85, installation of stormwater management facilities, construction of bioswales and drainage improvements, construction of a new median along MD 85, traffic signalization, street lighting and the relocation of Frederick County water and sewer utilities.

"The improvements called for the relocation of multiple utilities by their owners, the majority of which were scheduled to relocate as the project is constructed," Felix said. "We had to coordinate with utility owners to timely complete their work without conflicting with each other or our operations."

She noted that another challenge is that the project also has strict time restrictions on maintenance of traffic and all work impacting traffic is required to be performed at night.

"Finally, like all other contractors, COVID-19 has presented challenges that many never have had, nor hope to ever again, deal with," Felix said. "But overall, our team has taken each challenge head on and are working to deliver a high-quality project to the people of Frederick and the state of Maryland."

Early in the project, a challenge noted by MDOT involved geology, specifically the geology of Frederick County, which is built largely on karst, or large limestone deposits. Limestone is a key mineral that causes sinkholes. To counter the geology, MDOT SHA drove micropiles that penetrated through the limestone karst and into strong bedrock for bridge construction.

This project has many distinct maintenance of traffic stages that allow traffic to traverse the job site throughout the project's entire construction.

"It is situated in a rapidly expanding urban area with vehicular traffic growing at an incredible pace," Felix said. "The project's staged bridge construction maintained both directions of I-270 without limiting the number of through lanes throughout the bridge's construction. Further, the 10 utility owner relocations require a great deal of coordination and cooperation."

The contractor and the state collaborated to re-sequence the project's maintenance of traffic stages to allow work to take place when utility owner relocations were delayed.

According to Felix, the project is necessary to relieve traffic congestion on MD 85 in a rapidly growing urban area while also widening I-270. It is anticipated that average daily traffic volume on MD 85 will increase by almost 50 percent on MD 85 and I-270 by 2030.

"The project also drastically improves a specific point of congestion, namely the ramps carrying northbound and southbound MD 85 traffic onto northbound I-270," she said. "Currently, one traffic signal controls this traffic. This backs up vehicle queues considerably, especially the left turning traffic in the northbound MD 85 direction. When this left turn is queued, it only allows one through lane of traffic to proceed."

To relieve this, a diverging diamond interchange will remove the northbound MD 85 traffic taking the ramp to northbound I-270 away from the through traffic of northbound MD 85. This traffic will now have its own dedicated ramp.

Felix reported that 75 people are assigned to the project. 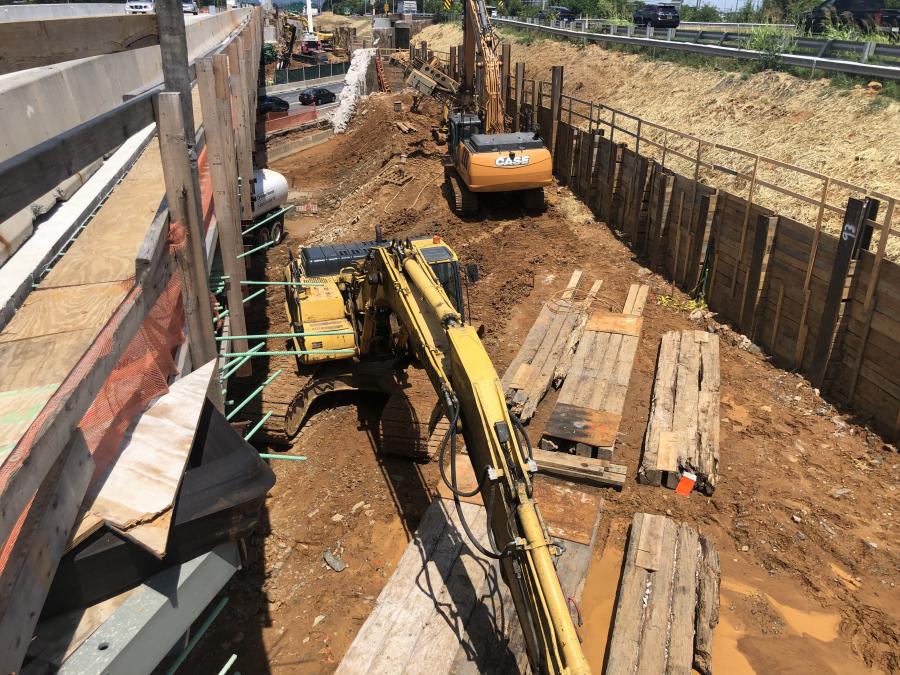 Under Gov. Hogan, funding for this project was added in June 2015 and was a part of a $1.97 billion contribution to invest in Maryland's roads and bridges.

Hogan noted that his administration is committed to addressing severe road congestion. He has announced projects totaling $9 billion, including the addition of lanes to I-270, the Baltimore-Washington Parkway and Interstate 495 around Washington, D.C.

The first phase involved the improvements on I-270, including two bridges over MD 85. Constructed in 1950, they reportedly carried 115,000 vehicles each day. They were deemed safe, but in need of replacement because of age.

The bridges were included on the list of a total of 69 structurally deficient bridges identified by Hogan in 2015.

MD 85 is a state highway that runs 10.80 mi., from MD 28 in Tuscarora north to the Frederick city limit north of I-270. It connects Tuscarora and Buckeystown in southern Frederick County with Frederick, which is the county seat. It is the old alignment of U.S. Route 15, which was constructed in the early 1920s. CEG