Flatiron Embarks On One of California's Largest Projects

This project will increase the deficient vertical clearance at seven over crossing structures in the project limits as identified in the District 3 Goods and Movement Study.

Construction crews from Flatiron are embarking on one of the largest highway construction projects in the California region.

Overseen by the California Department of Transportation (Caltrans), the $480 million Fix50 project will see a long-awaited upgrade of the busy section of Highway 50, a key corridor in mid-town and East Sacramento (Sacramento County), with the addition of high-occupancy vehicle lanes; widening of 12 bridges; and newly-built retaining walls. 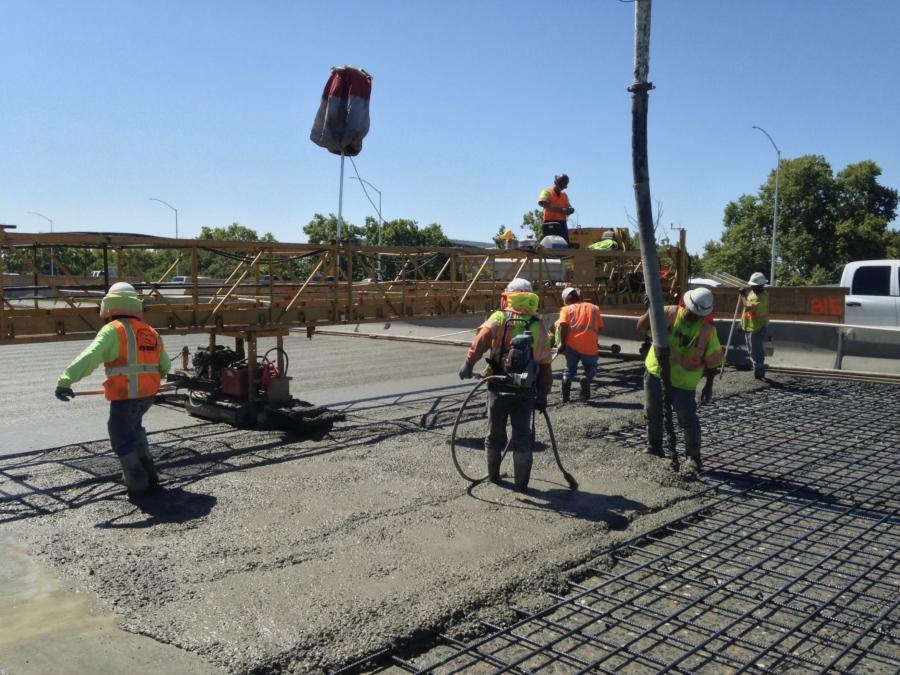 One main purpose of this massive project is to replace the existing Portland Cement Concrete (PCC) pavement, reduce maintenance expenditures and reduce congestion. The existing PCC pavement was built between 1967 and 1971 and has reached the end of its service life. It is deteriorated and has a poor ride quality that requires annual maintenance to repair and maintain.

A portion of Highway 50, between W and X streets, is comprised of elevated bridges. Flatiron Construction will be tasked with building and connecting a third bridge between the east and westbound sides of the freeway to make room for the new HOV lanes.

The project also includes the restoration of other roadway elements such as drainage, lighting and intelligent transportation systems.

"In addition to widening 12 bridges and adding three miles of retaining walls, crews will replace all lanes with new concrete pavement and long-life asphalt," said Flatiron Construction. "The project also includes adding a sound wall on the south side of the highway in the Elmhurst neighborhood, between Stockton Boulevard and 65th Street. [This is] an innovative project to serve the expanding needs of the Sacramento community. The U.S. 50 Multimodal Corridor Enhancement and Rehabilitation project will add seven miles of new carpool lanes in each direction to complete the U.S. 50 carpool system from the eastern Foothill communities into downtown Sacramento.

"The sound walls are designed to be 8-to-14 feet tall and will make a total of 10,400 feet in length," said Flatiron Construction. "The team applied masonry aesthetics best used in neighboring communities and anti-graffiti clear coating to minimize future maintenance costs. The sound walls, once complete, will provide a significant improvement to lessen highway noise in neighborhoods south of U.S.-50 between Stockton Ave and 65th Ave."

Currently, Flatiron crews are working along and on U.S.-50 from the I-5 Interchange to Watt Avenue around the clock. Nighttime demolition work is taking place in the Elmhurst area. The median section is being demolished to provide space for the new lanes.

According to Flatiron, in order to improve clearance for truck traffic, the highway will be lowered at seven overpasses. The project also includes rehabilitation of three pumping plants that move groundwater away from the highway as well as upgrading all signs, ramp metering and intelligent transportation systems.

K-rail installation also is underway to complete the traffic split on eastbound U.S 50 from Howe Avenue to Watt Avenue. 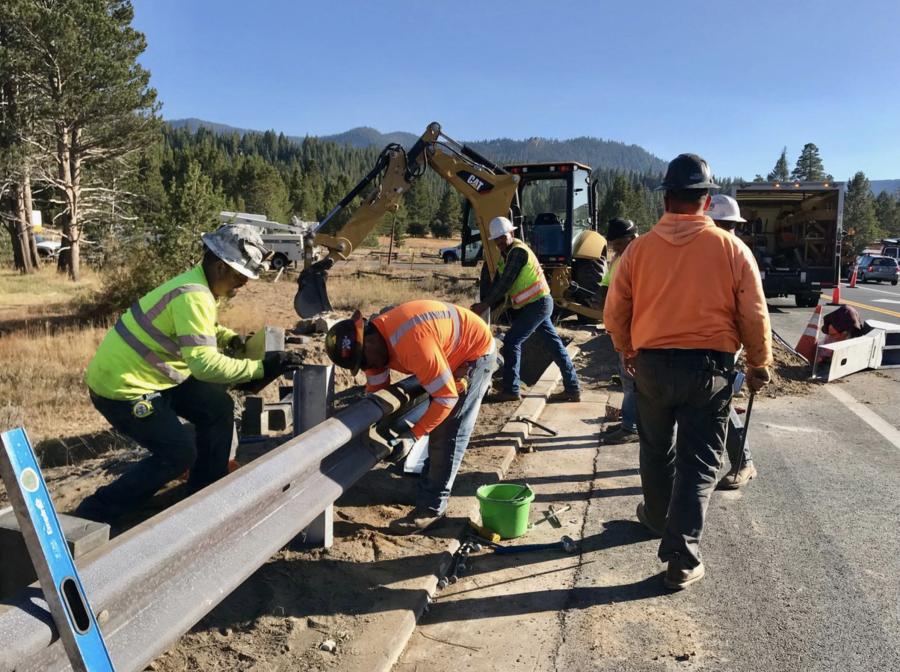 "I know the residents in the Elmhurst and South Park area are very excited about the sound wall that's going to be extending from U.S. 50 from Stockton Boulevard all the way down to 65th Street," said DaPrato.

Light rail riders also will see some improvements with the addition of a second track along the Gold Line between Sunrise Boulevard and downtown Folsom.

Currently, the California Highway Patrol is performing rolling breaks and lane closures in both directions of U.S. 50 between Howe and Watt avenues for utility work with the Sacramento Municipal Utility District replacing power lines.

Overall, the project also proposes to:

The project is being funded by the State Highway Operations and Protection Program (SHOPP), Roadway Rehabilitation Program, Solutions for Congested Corridors Program (SCCP) by the State of California's Senate Bill (SB) 1 – Road Repair and Accountability Act of 2017 and Sacramento Measure A Transportation Sales Tax Program managed by the Sacramento Transportation Authority (STA). 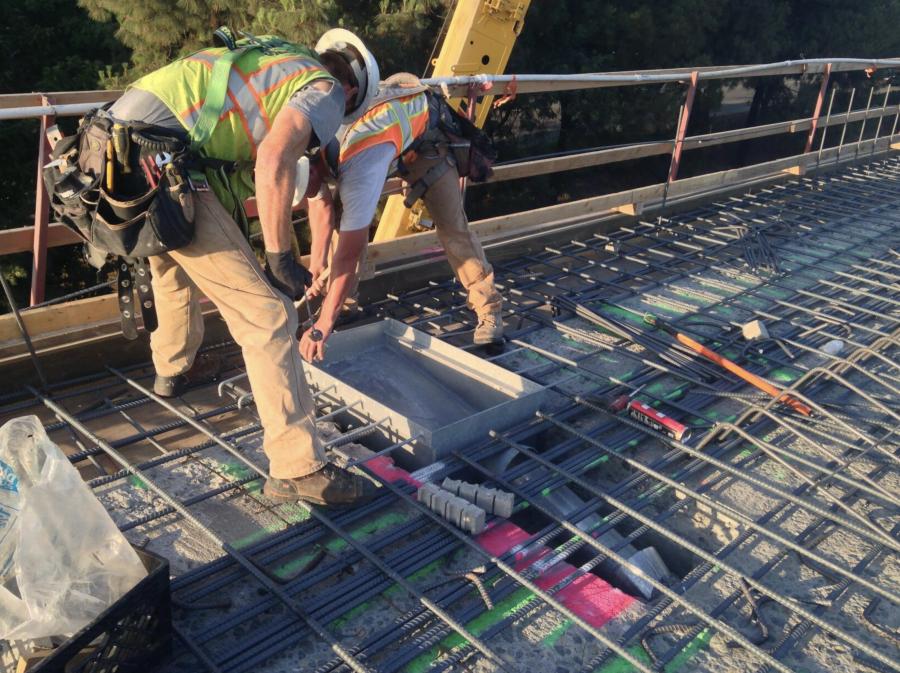 "This project will also increase the deficient vertical clearance at seven over crossing structures in the project limits as identified in the District 3 Goods and Movement Study," DaPrato said. "This increased vertical clearance will reduce the frequency of ‘high load' hits, reduce maintenance worker exposure to traffic, and improve freight mobility in this corridor."

The design-build initiative, which received project and environmental approval in May 2017, strives to deal with many inter-connected issues.

CHP is designing the new lanes and highway infrastructure.

Flatiron secured the design-build contract in the fall of 2020 and between November 2020 and last January, crews were removing debris and trees on the south side of US 50, from Stockton Blvd. to 65th Street to prep the sit for the construction of a sound wall. CEG