The $1.2 trillion bipartisan Infrastructure Investment and Jobs Act opens the federal wallet to massive road, bridge, water, utility and broadband projects for years to come. But is the construction industry as a whole prepared to solve the country's infrastructure challenges in the turmoil of longtime labor shortages, gouging materials prices and the scarcity of heavy machinery?

"The interesting thing about the construction workforce is that they're transient," David Martin, president of the Arizona Chapter of the AGC told a local radio station. "They go where there's opportunity. I have absolute confidence in the workforce system." 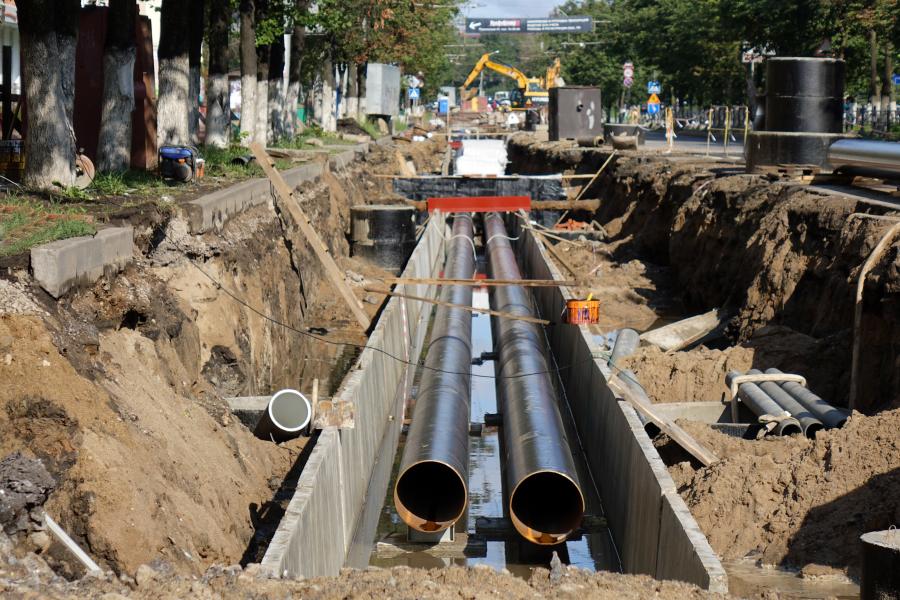 He's confident recent worries about labor shortages will have no impact on Arizona's ability to complete federally-funded projects. President Joe Biden will work with contractors to alleviate supply chain issues, he said.

Contractor John Walton told CNBC he believes the bill will not only bring a boom to the economy but much needed improvement to dilapidated structures nationwide.

Walton's Mobile, Ala., asphalt and highway construction company John G. Walton Construction plans to "cash in" on federal projects once funds travel down to state governments.

There's a lag, of course, between when a bill is signed into law and when federal dollars are allocated — and when local businesses like Walton's can bid on these projects.

With some 20 percent of the bill, or $110 billion, dedicated for the construction of roads and bridges, he told CNBC he's hoping for a long-term boom in business.

"If states have the money come in, they can plan those projects out," Walton said. "Sometimes it takes two or three years from design to actual construction, so that really helps contractors because they know what's coming down the pipe."

What May Be Coming

"The $1.2 trillion figure comes from funding normally allocated each year for highways and other infrastructure projects," wrote John Probasco for Investopedia. "Following passage, the proposed legislation was sent to the House of Representatives where further adjustments are expected. Should the bill pass, the House and Senate will need to consolidate their respective versions for a final bill to go to President Biden for his signature."

A $311 billion bill, it would reauthorize federal-aid road and bridge programs for five years. "This bill represents a 30 percent increase in road funding over current levels," noted AGC.

The $550 billion in new spending is paid for through a host of sources, according to AGC, including repurposed COVID-relief funding, refunded and fraudulently paid unemployment benefits and other extended or reinstated governmental fees. 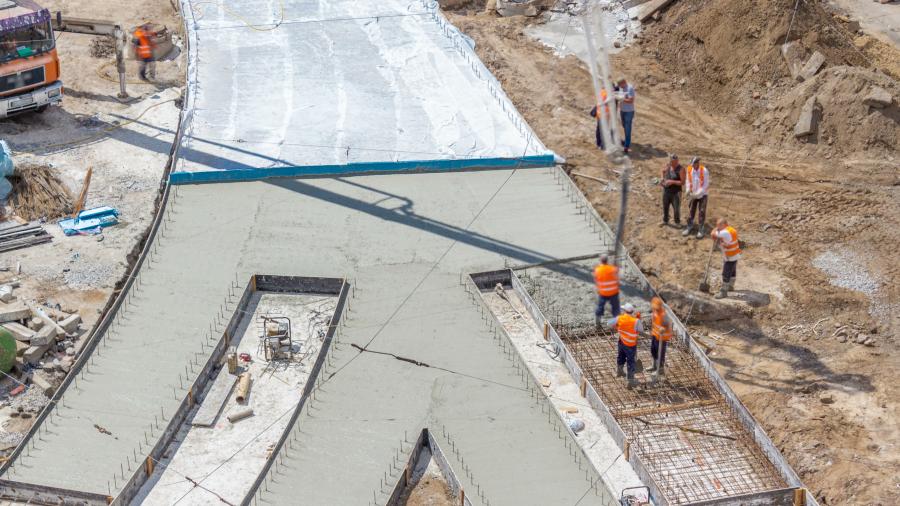 ARTBA President & CEO Dave Bauer also heralded the infrastructure bill as a testimony to the strong bipartisan spirit demonstrated in the Senate, which he believes sets the bar high.

"The U.S. economy and transportation system users stand to benefit most from enactment of an infrastructure bill that combines historic investment levels with pragmatic policy reforms," said Bauer.

He added a caution, though, saying the vote is "a much-needed step but not the finish line."

Bauer said ARTBA will "continue to work with the House, Senate and the Biden administration to help achieve an outcome that addresses America's transportation infrastructure needs today and in the future."

Associated Builders and Contractors echoed much of the construction industry's positive comments.

Michael Bellaman, ABC president and CEO, said the infrastructure package contains the most significant investment in the nation's infrastructure in a generation.

It "could yield crucial wins for the American people and construction industry," said Bellaman, adding that it is promising to see progress made toward transportation modernization.

"This bipartisan accomplishment is something that has eluded Congress for decades and is proof of the possibilities when lawmakers choose compromise over conflict."

He believes "common sense" provisions in the bill will cut down on unnecessary delays in federal construction projects and help address the workforce shortage in the construction industry.

"Importantly, the bill is paid for without raising job-killing taxes on our nation's small construction businesses."

ABC has concerns about the bill's expansion of prevailing wage and support for misleading "buy American" and "local hire" requirements, which could impact the ultimate success of the legislation, said Bellaman. 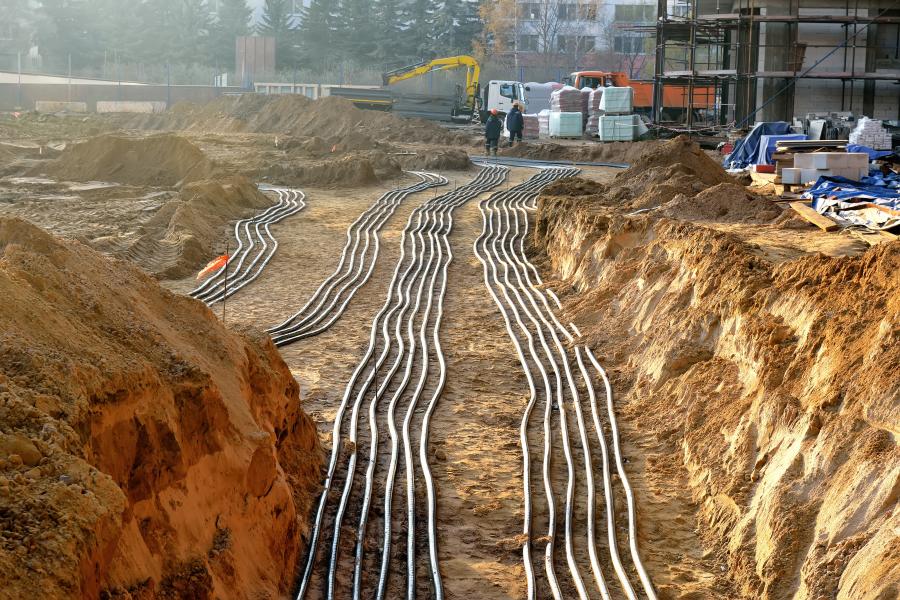 Every sector mentioned in the bill's breakdown has "a significant boots-on-the-ground need" for construction in order to facilitate projects, said Ben Johnston, chief operating officer of construction lending firm Kapitus.

"One thought is the infrastructure bill encourages the procurement of supplies that will go into projects through domestic sources, domestic manufacturing and materials," he said. "While not all this work will be shovel-ready for the next year or two, the procurement of materials will start sooner than that."

That procurement head start, coupled with the repatriation of manufacturing to U.S. soil, will be a boost to the construction industry overall in a shorter timeframe that the launch of construction projects themselves, Johnston added.

"We would encourage contractors to make sure they are approved to participate in government contracts and look into ways they can participate from an eligibility approval standpoint."

Contractors should also "think deeply" about where the money is going and whether there is a business opportunity for expansion in their anticipation of work.

"I don't mean they need to go hire people today — let's not get too far ahead — but to start thinking where the market is likely to go," said Johnston. "With the dollars earmarked, contractors will want to do research now to be ready to participate when the money comes down." CEG

Just How Dire Are the Straits?

The biggest threat to President Joe Biden's vision of energizing the U.S. economy may not be its challenging path through Congress but a dire shortage of everything from workers to cement mills, points out Bloomberg News.

"Republicans and Democrats are united in their support for hundreds of billions of dollars in new spending on infrastructure in coming years. Yet, the companies that will be relied on to pave the roads, build the bridges, lay the water pipes and assemble the trains aren't yet planning to meet those needs," wrote Bloomberg. "And that's even as they face immediate shortages — from steel and cement to the supply of labor — stemming from the unprecedented difficulties of a sudden reopening of the economy after last year's shutdowns."

There's already a labor shortage in construction, "so you can't throw a trillion-dollar nuclear bomb of money into the industry," said Bassem Hamdy, CEO of Briq, a company that runs cost estimates for construction firms. "If you don't have workers, how will this ever happen?"

President Biden has said his administration will combat supply pressures, starting with the construction materials and transportation bottlenecks.

But, "for all the ‘Made in America' push by both Biden and his predecessor, Donald Trump, American manufacturers are confronted with a legacy of historically mediocre growth over the past decade, and a future colored by lackluster U.S. demographic trends," wrote Bloomberg.

These factors alone discourage companies from ramping up capacity, even amid dizzying prices, the news service noted.

"Certainly, contractors are dealing with tremendous opportunity on the one hand and operational difficulties on the other," said Ben Johnston of Kapitus. "Disruption in the supply chain as a result of COVID-19 and the procurement of goods from overseas as well as domestic production backed up quite significantly."

The huge hurdle top of mind for contractors is labor shortages, and the scarcity of quality skilled labor, he added.

In the light of a continued strong housing market coupled with the additional funds the infrastructure bill lays out, some problems are likely to be exacerbated for the construction industry, he said.

"The ability to hire skilled employees is a huge issue. Given the current dynamics, I wouldn't be surprised to see wage inflation as a result," Johnston said.

"Hopefully, as the economy continues to repair itself, we'll see an increase in the overall labor pool. Some people who have chosen not to participate may come back into the market and be able to take those critical jobs."

Tom Conway, president of United Steelworkers, the largest industrial union in North America, told Bloomberg he's concerned that the supply crunch means the industry — and contractors — will have to source materials abroad, benefiting other countries with employment gains, instead of the United States.

"Here's what I think the administration has to be concerned about," Conway said. "They're going to press and press and press trying to get an infrastructure bill and all these manufacturers will say, ‘We're not ready. We need more runway to get ready. So, in the meantime, get it offshore and do the projects and we'll get started on ours.'"

The housing industry now is worried about the competition from infrastructure projects. The National Association of Home Builders (NAHB) said the United States will need to lift tariffs on lumber and import more key metals to ensure there's enough aluminum for appliances, copper for wiring and cement for foundations.

Domestic U.S. saw mills haven't kept up with construction, and the housing industry imports about 30 percent of its lumber from Canada, reported Bloomberg. Lumber prices are up an estimated 400 percent since the start of the 2020 recession.

The infrastructure bill "will place a huge demand for steel and concrete that will impede our ability to build out multifamily and other types of housing," said Jerry Howard, CEO of NAHB.

"You've got to increase output. And where that's going to come from? Lord only knows. It'll be difficult to enact because of the lack of supplies, labor, everything."

The infrastructure bill increases the demand for trained workers, which the United States doesn't have enough of. The manufacturing industry remains down more than 500,000 positions from February 2020. Immigration could help, but that's politically challenging, maintained Bloomberg.

"By the time we get to infrastructure hitting the ground, there will be a labor shortage and to some extent the government is going to have to compete with private businesses for people," said Aneta Markowska, chief U.S. economist of Jefferies.

Delays in passing the infrastructure bill may end up being beneficial, Michael Gapen, chief U.S. economist of Barclays Plc, told Bloomberg. Constraints on supply chains could ease over time, he said.

"If you pass infrastructure too soon and we're trying to source all these goods, we're just going to ramp up existing frictions in markets," Gapen said. "But most people believe an infrastructure bill won't go into effect until next year."

On the flip side, Johnston of Kapitus pointed out that of all the verticals his firm finances, construction has bounced back from an application standpoint faster than any other.

"There is tremendous demand in the housing market and growth in home sales amid a scarcity of real estate. The fact that so many people have been working from home and reconsidering how they want to live their lives and what kind of home they want is leading to considerable demand for construction."

In fact, Johnston is glad to see the infrastructure bill specifically target domestic manufacturing and procurement. He believes that should drive additional manufacturing growth here and demand for domestic construction business.