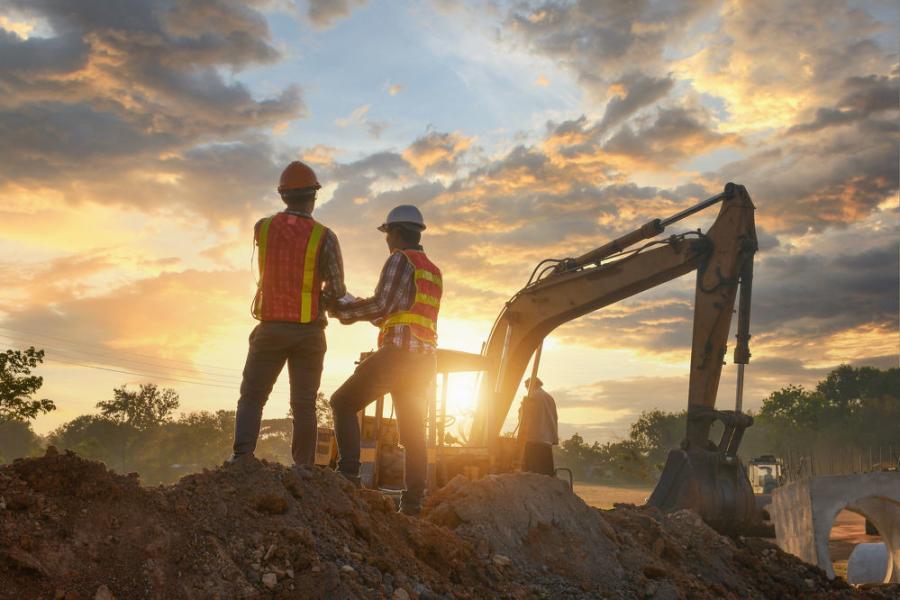 The funding gap for career training is one reason so many contractors have a low opinion of the current pipeline for preparing new craft construction professionals.

If you believe the projections, the construction industry could see hundreds of thousands of new jobs as a result of the bipartisan infrastructure bill. The industry just needs fed buy-in for skilled worker training while it waits for shovels to hit the dirt on coming infrastructure projects. If that happens, the turnaround could be dramatic.

The massive infrastructure plan, approved by the Senate, is forecast to create nearly a million jobs in construction, engineering and accounting by the year 2030. Doug Holtz-Eakin, former Congressional Budget Office director, speaking with Fox Business said more than 880,000 middle-class jobs could materialize if the bill passes a Sept. 27 vote.

Michael Pugliese, economist of Wells Fargo Securities, told the Associated Press the infrastructure deal would likely have a modest impact on job creation and unemployment. He believes it could help the U.S. jobless rate fall below 4 percent by 2023.

Though Peter Williams, an economist of the investment firm Evercore ISI, said the infrastructure package probably won't start to boost economic growth until 2023, in 2025 and 2026 the extra package would add a healthy one percentage point to the economy's growth rate. According to AP News, Williams estimated infrastructure programs will create up to approximately 775,000 jobs.

Mark Zandi, chief economist of Moody's Analytics, pegged it at 650,000 new jobs, some of which would be in manufacturing. He said pay could average about $70,000 a year.

"Just take a look at a construction site," Zandi said in an interview with marketplace.org. "Those are the kinds of things — manufactured things — that will be needed for these projects. Of course, it takes all kinds of people to produce those types of manufactured goods."

One of the undeniable elephants in the room is the continued demand for skilled construction workers. It's been the bane of the construction industry's existence for years now. The money and opportunities in the infrastructure plan are encouraging, but bringing it all to fruition may be impossible without workers, let alone well trained and qualified workers. 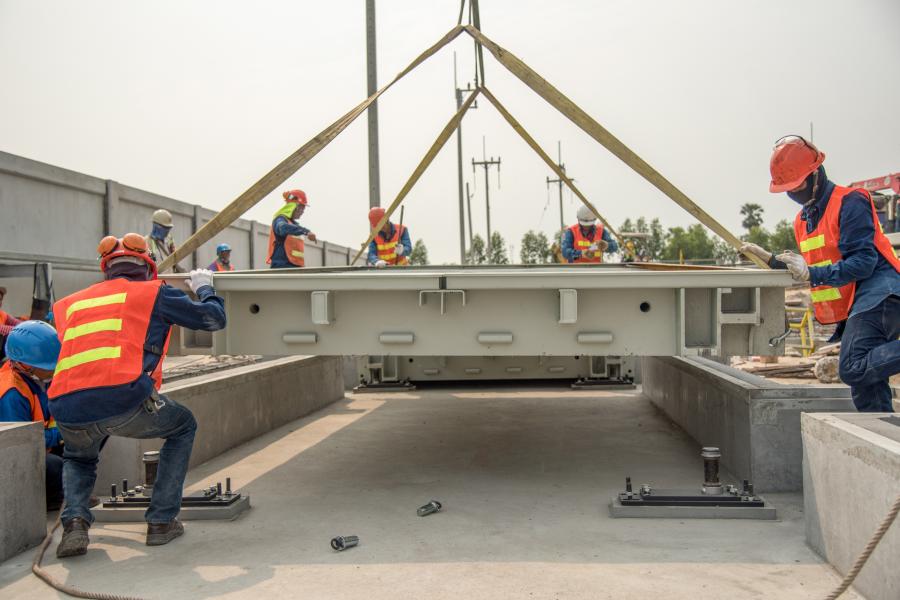 Harry Holzer said the bill's broad range of new construction activity will require a range of skilled construction and manufacturing workers. Holzer is LaFarge Professor of Public Policy at Georgetown University and a nonresident senior fellow in Economic Studies at Brookings

He noted that while President Joe Biden proposed $100 billion in new training over eight years, "the summaries of the bipartisan infrastructure bill released to date are mostly silent on the need to train more workers for the jobs it will create."

Speaking with The Hill, he said any major new funding for workforce training would have to be allocated through the upcoming reconciliation bill.

"With the apparent creation of hundreds of thousands of new and well-paying jobs in the United States, and with millions of workers already needing such training, our legislators need to make workforce training the top priority that it deserves to be."

Democrats will push for money to train U.S. workers for infrastructure jobs, Henrietta Treyz with investment firm Veda Partners told marketplace.org. She thinks it'll be hard for members of Congress to vote against the Infrastructure Investment and Jobs Act.

"You have to focus on things that can get substantial bipartisan support, and infrastructure and job creation is like vanilla ice cream — everybody loves it," Treyz said.

The AGC, which tracks workforce numbers, doesn't love the shortages the construction industry has seen over the years. Earlier this month, the association announced shortages had reached pre-pandemic levels despite the coronavirus and supply-chain disruptions.

"Market conditions are nowhere near as robust as they were prior to the onset of the pandemic," said Ken Simonson, the association's chief economist. "At the same time, the pandemic and political responses to it are limiting the size of the workforce, leading to labor shortages that are as severe as they were in 2019 when demand for construction was more robust."

Stephen Sandherr, association CEO, said the federal government currently spends only one dollar on career training for every six it puts into college prep.

In July and August, AGC and Autodesk conducted a Workforce Survey to which more than 2,100 firms from across the construction industry responded.

In a presentation on the survey results, Sandherr commented that many of the challenges affecting contractors are being driven by the pandemic and policy responses to it, instead of typical market conditions.

"Once the pandemic wanes and policies that have kept people from seeking employment expire, demand for construction is sure to rebound and the labor pool is likely to expand," said Sandherr. 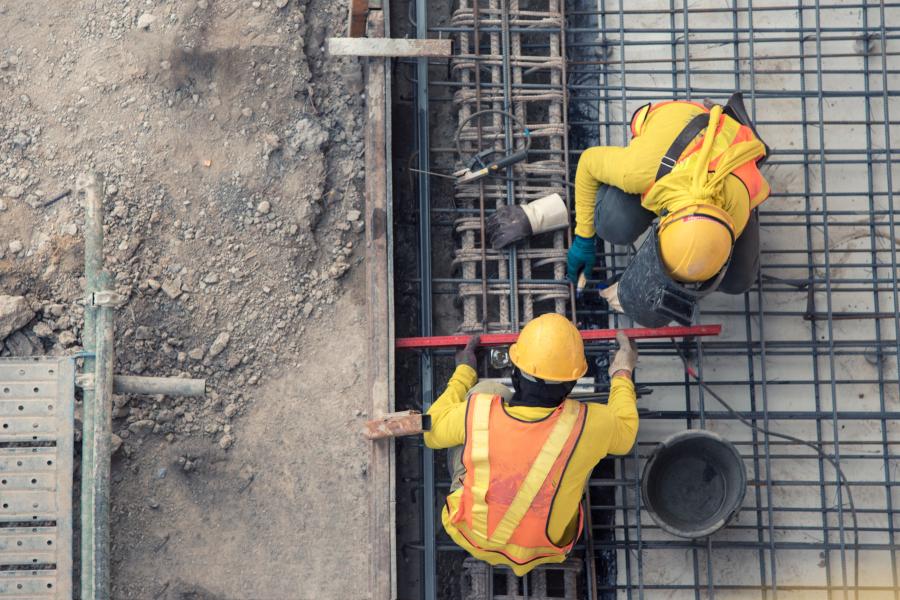 Simonson cited two main reasons so many firms have trouble finding workers: Available candidates are not qualified to work in the industry due to a lack of skills, failure to pass a drug test, etc., and unemployment insurance supplements are keeping workers away.

Many construction firms reported they are making a concerted effort to address labor shortages.

Thirty-seven percent have engaged with career-building programs at the high school, collegiate or career and technical levels, while 31 percent have added online strategies like Instagram to better connect with younger applicants.

And about a quarter have partnered with government workforce development or unemployment agencies, or have used software to track vacancies and job applications.

Most firms have increased base pay rates during the past year. And just over one-third have provided hiring bonuses or incentives. Many firms have turned to new technologies and new techniques to create more efficient operations.

Allison Scott of Autodesk said despite the labor shortages it's promising to see the industry branching out in new ways and investing in hiring, training, professional development and technology.

"I think it indicates a cultural shift in construction that can pay dividends in the long run," said Scott.

Sandherr said member firms are taking a range of steps to address these workforce shortages, including raising pay, investing more in training and taking a more active role in workforce development.

"Even as they work to address labor shortages, firms are also changing the way they operate to be able to perform work more efficiently and mitigate the impacts of labor shortages."

He called for public officials to take steps as well to address the industry's current challenges. "This includes boosting demand for construction to offset current market uncertainties."

We're Here to Help You

The best way to do that, said Sandherr, is to enact the bipartisan infrastructure bill that has already passed in the Senate.

"Meanwhile, Congress and the Biden administration must work together to increase investments in career and technical education and other workforce development measures."

"This funding gap for career training is one of the main reasons so many contractors have a low opinion of the current pipeline for preparing new craft construction professionals."

Federal officials must avoid harming current labor shortages by imposing unwise policies, he said, adding that tariffs on key construction materials are a significant reason for price increases and shortages of key components.

He cited government mandated project labor agreements for federal projects that he said limit who can participate in public infrastructure work. 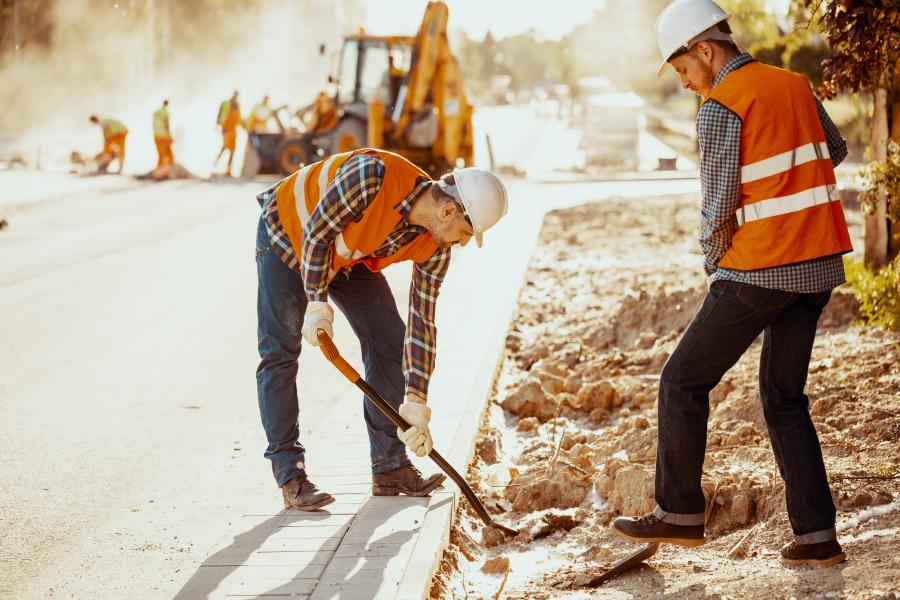 He also urged the feds to drop efforts to pass the PRO Act, which he said would impose a host of measures designed to discriminate against workers who choose not to join a union.

"And state and local officials should avoid restrictive measures, such as local hire requirements, that exclude workers based on geography while absolving local officials from the need to invest in workforce development measures."

AGC is supporting members' efforts to address labor shortages, said Sandherr. "At the same time, we are working to encourage federal officials to do their part."

"And we lead the effort on Capitol Hill to boost funding for career and technical education programs and other measures designed to expose more Americans to career opportunities in construction," he added.

AGC also is engaged in efforts to prevent federal officials from imposing counterproductive measures so that contractors to have plenty of work and plenty of qualified workers to keep pace with that demand.

"Doing so will require overcoming an awful pandemic and bad policies. But we are optimistic that we can do both." CEG