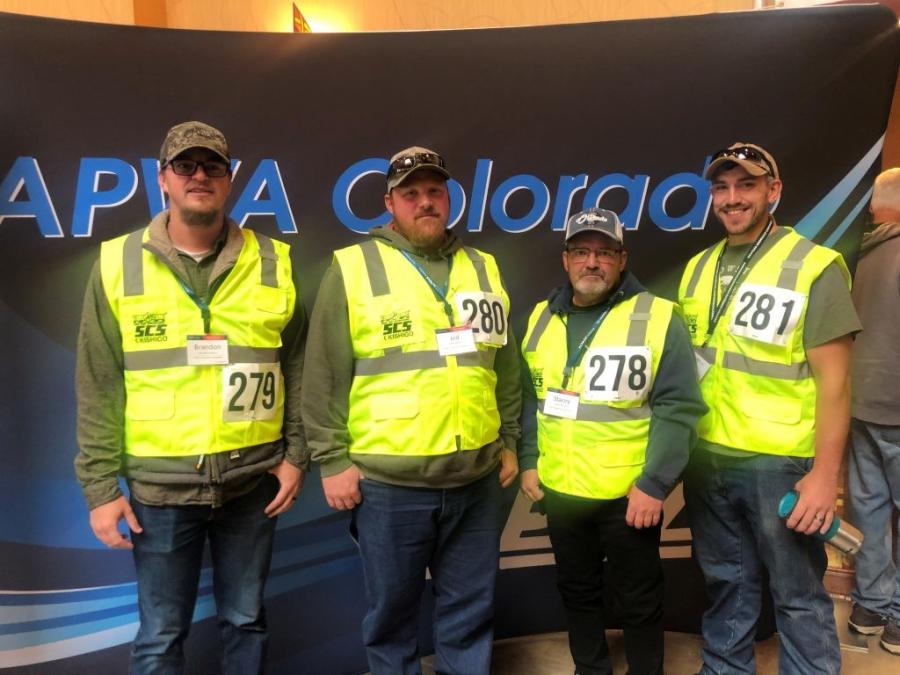 Competing against the top operators from the region and the country, the four-person team from the Idaho Transportation Department (ITD) won the national team title at the 2021 Western Snow & Ice Conference in Colorado on Sept. 29.

"It was inspiring for me to see the enthusiasm this team of first-time participants brought to the competition and continued with it to win the National Equipment title," said ITD Roadeo Coordinator Kelley Dick. "They each did a great job individually, and represented ITD well. It's about more than a skills competition, though — this just shows that we are providing top-notch service to the driving public."

ITD's mastery of skills translates into better service in clearing ice and snow from the highways for Idaho's drivers.

The department was able to bring four people to the event, rather than the usual two because the pandemic kept ITD from sending anyone last year.

"I am grateful to have the opportunity," said McCurdy, who made his first trip to the nationals after 26 district competitions.

"It's amazing to see how well we worked as a team with all of us coming from different districts," said Morgan.

Along with demonstrating a mastery of skills and knowledge, the event also allows participants to share best practices.

"We are very proud of our successful top ITD Equipment Roadeo leaders representing Idaho successfully this year in the Western States annual event," said ITD's Chief Operations Officer Dan McElhinney. "Thanks to them for their commitment to safety and skills excellence."

Along with the national team title, there were a number of top ten finishes by the participants, adding to ITD's history in the event.