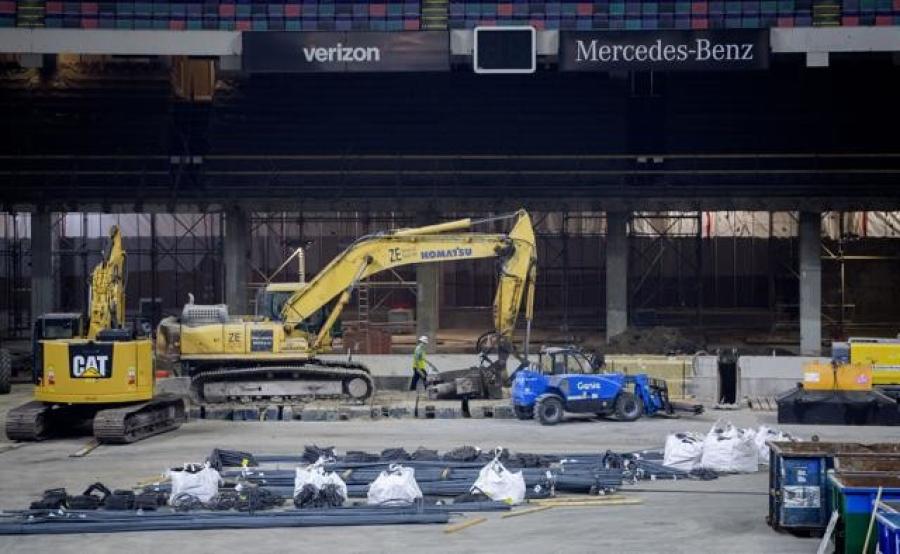 In February, construction crews worked on the installation of dozens of new premium field-level suites as part of the second phase of the Mercedes-Benz Superdome's $450 million renovation in New Orleans. (Max Becherer, NOLA.com, The Times-Picayune | The New Orleans Advocate photo)

Two years after a contract appeared close that would keep the NFL's Saints playing in New Orleans for decades, Louisiana Gov. John Bel Edwards' administration is trying to persuade legislative leaders to commit to putting up the cash for Superdome upgrades central to those plans.

The Edwards administration agreed that the state would steer $90 million toward the $450 million renovation project, but much of the financing still needs legislative approval.

"We've got to get it done by the end of the year," said Jay Dardenne, the Democratic governor's chief budget adviser and commissioner of administration.

Dardenne is proposing that more than two-thirds of that money come from forgiving outstanding debts owed by the Louisiana Stadium and Exposition District (LSED), which serves as the Superdome's oversight board. Edwards wants those funds to be combined with surplus cash or money from the construction budget to cover the remaining gap.

But that $63 million debt forgiveness plan may face problems with the State Bond Commission, the key financial panel that must approve the debt relief. Among those resistant to the idea is Senate President Page Cortez, a powerful Lafayette Republican who sits on the commission. He told The Associated Press that he will oppose the effort.

The debt owed by LSED stems from 2013, when the state refinanced a prior loan used to restore the Superdome after extensive damage due to Hurricane Katrina.

The AP reported LSED is making annual payments on the debt to the state through 2039, but the Edwards administration proposal would end them so that the district could instead invest that money into the stadium upgrades.

"I think it sets a bad precedent," Cortez told the news service.

If lawmakers and other state officials on the Bond Commission do not agree to forgive the debt, it is unclear if lawmakers will agree to cover the full $90 million share of the Superdome improvements another way, the AP reported.

The commission was expected to discuss the debt proposal Oct. 21.

Upgrades to the nearly half-century-old domed stadium in downtown New Orleans — with expanded club and suite levels, new concession stands, viewing decks and other improvements — were part of a plan aimed at keeping the Saints in New Orleans through 2055. The stadium can currently seat approximately 76,000 spectators for college and pro football

Early phases of the renovation work began in January 2020 and were completed in time for the 2021 football season, but additional phases are pending.

The state's current lease with the NFL team expires in 2025, though Saints owner Gayle Benson has pledged she intends to keep the club in New Orleans long-term.

Edwards, Legislature Going Back and Forth

Besides the state's contributions to the Superdome's improvement, the plan calls for the Saints putting up $150 million, and the LSED paying $210 million. But while Edwards agreed to the financial arrangements, lawmakers have questioned whether the state should be paying for the improvements or if that obligation should fall to the city of New Orleans.

"The lease with the Saints to extend their obligation until 2055 is not going to be signed until we know that the full financing is in place for the full renovation," Dardenne said.

State Treasurer John Schroder said he would prefer that Edwards and Louisiana lawmakers utilize state surplus dollars to pay for the renovations, but he said he would also support the debt forgiveness proposal if legislative leaders and the governor reach a deal.

Schroder, a Republican, also is chair of the Bond Commission and lives in the New Orleans area. He said the Superdome is a state-owned building with events beyond Saints games that draw tourists from around the country and generate tax dollars for state coffers.

"I do look at the Dome as an iconic treasure of the state of Louisiana," he explained, adding, "I believe we should invest" in the facility."

But Schroder also told the AP that if lawmakers do not support the debt forgiveness, they should tell the LSED whether they intend to pay the $90 million share of the renovation cost.

"We need to give them an answer so they can plan properly," he said. "They've got contracts they need to do. Let's stop toying with it and let's make a decision." 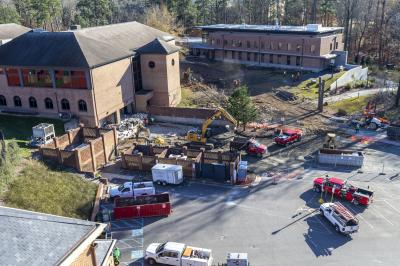