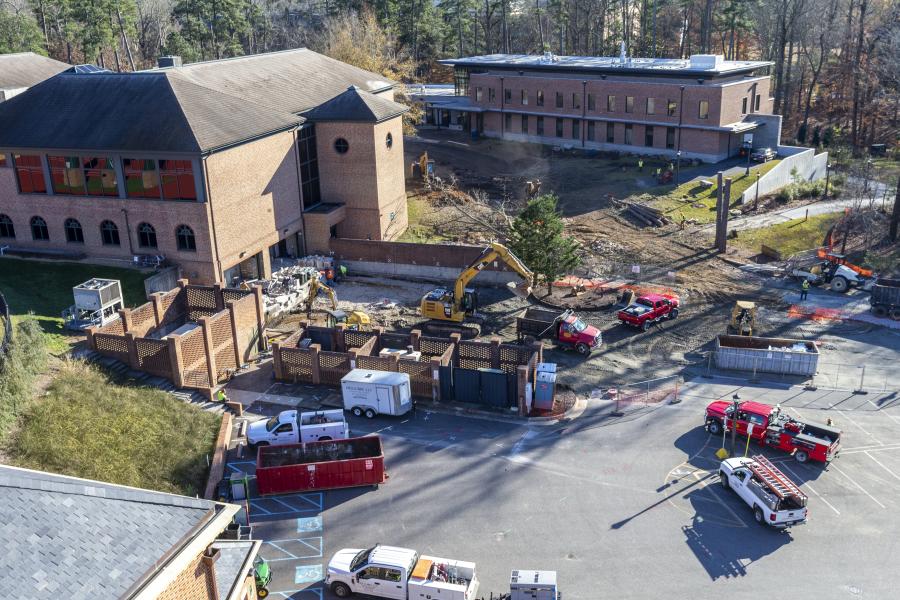 In the heart of the campus at the College of William & Mary, construction is progressing on the Sadler Center West Addition, one of several building projects planned for the Williamsburg, Va., school.

William & Mary's Sadler Center addition, at a cost of $37.7 million, is scheduled for completion by the summer of 2022, in time for the fall semester, according to a recent report presented to the college's Board of Visitors.

The construction and expansion of the student-activity building has received less notice than the concurrent building and renovation of the nearby $138.8 million Phi Beta Kappa Memorial Hall, the university's new fine and performing arts complex, due in part because it is more easily seen from Jamestown Road.

The board was told that the arts center will be completed by December 2022, the Virginian-Pilot reported.

But the Sadler West Addition is still an important project for the school as it will add 53,000 sq. ft. to that facility and include the renovation of the old King Health Center nearby, which will mean an additional 10,000 sq. ft. of remodeled space to the original building. It was first opened in January 1994.

Richmond-based Kjellstrom and Lee Inc. is the contractor on the Sadler West addition, which began construction in 2018.

"Our goal is to create a hub of student life right in the heart of campus — to meet our students where they spend so much of their out-of-class time," added Ginger Ambler, vice president for student affairs, in an earlier statement.

"If you think about the construction of the Cohen Career Center next to the Sadler Center, and in 2018 the opening of the McLeod Tyler Wellness Center, also in the same part of campus, we have been steadily creating that vibrant center for William & Mary student life."

Sadler to House a Lot Under One Roof

The report to the Board of Visitors reminded its members that the new Sadler West addition will house administrative space for an array of student affairs and student organization offices currently in the Campus Center.

"We're in the process of determining the best uses of the Campus Center [a complex including Unity Hall] going forward. It is a prominent site on campus," Sebring noted. "The original plan was for the [complex] to be administrative space, but we'll be looking at everything again. In the long term, the Campus Center needs lots of attention. We were going to begin a planning study in 2020, but COVID interceded."

Currently, Unity Hall, formerly known as Trinkle Hall, is serving as a temporary bookstore until the new Sadler space on Scotland Street is renovated, she added.

Student media organizations now located in the Campus Center basement, including The Flat Hat, the student newspaper and WCWM, the student-operated campus radio station, will have new facilities on the first floor of Sadler West.

Presently, offices for Student Leadership Development, Residential Life, the Center for Student Diversity, Community Engagement, and Student Transitions are scattered across campus and will likely be moved to the new addition.

"The Sadler Center will have new, inviting spaces," Ambler explained. "We want to create a place that helps students find and engage in activities that enrich their William & Mary experience."

Yet another major addition to William & Mary, the fourth phase of the Design Integrated Science Center, according to the Board of Visitors' report, is in the early planning stages. The preliminary design, cost estimates made, and "value engineering" have been completed, according to the Virginian-Pilot.

The board report noted that the state General Assembly "has provided authorization to move forward with working drawings and construction." It added, though, that a looming problem exists as the initial cost was estimated at $76.5 million and the current market climate is driving costs above that figure.

"The revised budget is estimated at $85.8 million [and] William & Mary will need to seek supplemental funding from the governor and General Assembly to complete the project," the summary stated.

Sebring added that William & Mary has asked Gov. Ralph Northam to include $11.3 million in supplemental funding in his upcoming budget that will be presented in December to the General Assembly.

The college's project team and the state Division of Engineering and Buildings are working together on the effort to build the Design Integrated Science Center.

"If everything works and the supplemental funding is received, then the new facility should be ready by the fall semester of 2024," Sebring said.

Also on the drawing board is the Martha Wren Briggs Center for Visual Arts, now in the early planning stage, according to the report to the Board of Visitors.

It noted that that project will be created through a combination of renovation and additional construction to the existing Muscarelle Museum of Art, a 38-year-old gallery on the William & Mary campus.

The Virginian-Pilot reported that the Briggs Center began with an original budget of $34.5 million in private funds, a figure that is now being revamped due to material and labor cost escalations. The board was told that new fundraising efforts still must be made before the project budget and design scope are finalized.

The College of William & Mary is a prestigious public research university founded in 1693, making it the second-oldest college in the United States behind Harvard University. 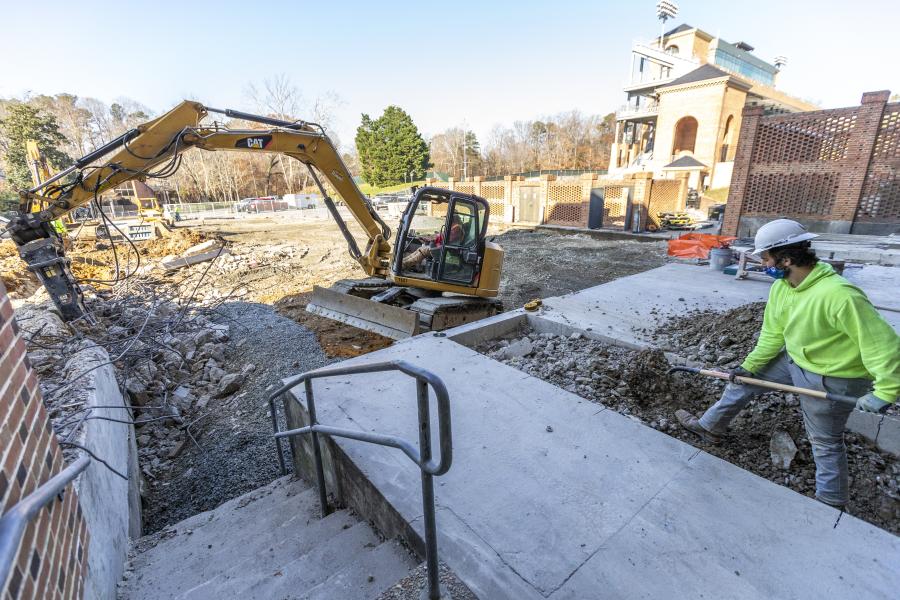 William & Mary's Sadler Center addition, at a cost of $37.7 million, is scheduled for completion by the summer of 2022, in time for the fall semester, according to a recent report presented to the college's Board of Visitors.