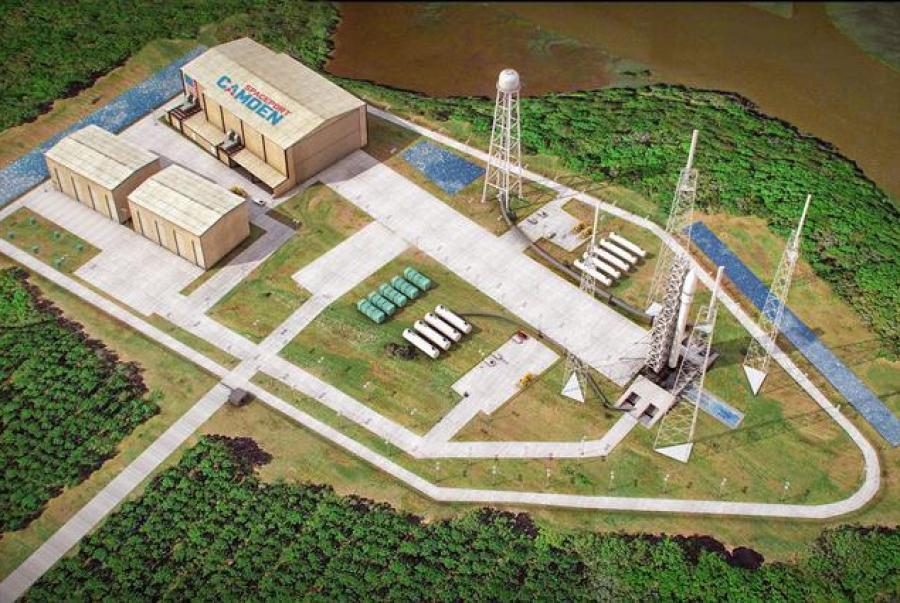 Spaceport Camden, a public-private company aiming to build a world class launch facility at a site along Georgia's coast, is awaiting a decision from the federal government on whether to permit construction of a launchpad for commercial rockets.

The Federal Aviation Administration (FAA) plans to issue a decision on Spaceport Camden by Nov. 3 "due to ongoing consultation efforts," agency spokesperson Steve Kulm said in a statement. Previously, the FAA had said it intended to make a final determination on the project by the end of July, then shifted its target date to the end of September.

Camden County in Georgia's southeast corner has spent nine years and $10 million seeking permission to build what would be the nation's 13th licensed commercial spaceport. The Associated Press reported that the proposal took a big step forward in June, when the FAA issued an environmental impact study (EIS) that concluded building the spaceport would be its "preferred alternative."

But pushback on the plan came immediately from other federal agencies: the National Park Service (NPS) and its parent agency, the U.S. Department of the Interior. They dispute the FAA's conclusion that the spaceport poses minimal risks or adverse impacts to nearby Cumberland Island, a federally protected wilderness that lies along the proposed flight path for rockets 5 mi. east of the proposed launch site.

According to the AP, in a July 22 letter to the FAA, the Interior Department said a chance of rockets exploding and raining fiery debris onto the island creates an "unacceptable risk." Known for wild horses and nesting sea turtles, Cumberland Island draws approximately 60,000 visitors each year.

Local officials say Camden County's 55,000 residents would get a large economic boost by joining the commercial space race, with a private launch pad luring both supporting industries and tourists.

It is not clear how much weight the objections will carry with the FAA, which is responsible for licensing U.S. commercial rocket launch sites. In 2014, the agency approved SpaceX's launch site in Texas over objections by NPS and the U.S. Fish and Wildlife Service.

Delays have been the norm for the Camden County-led project, which plans to launch small rockets from a former industrial site on the marsh in the unincorporated county. The commercial rockets' trajectory over the Cumberland Island National Seashore is not only a huge sticking point for the NPS, but for its residents too.

The Current, a news service covering Savannah and coastal Georgia, reported in early October that Spaceport Camden and the county had planned to launch medium-sized rockets but, after public backlash, switched to requesting an operator license for a launch facility to send small rockets into space. That would mean launch vehicles weighing 3,300 lbs. or less, about the size of a small car that seats four people.

Still, despite concerns that smaller rockets fail at higher rates, federal regulators declined to perform a supplemental analysis and instead issued a final EIS in June, basing it on an analysis of a rocket that does not yet exist launched at a single trajectory of 100 degrees, according to The Current.

Spaceport critics say that may help Camden County get its site operator's license, but it is unlikely any rocket company will clear a second regulatory hurdle and obtain a permit to launch from the coastal site. A recent article in The Verge quoted Rocket Lab CEO Peter Beck saying he would not even attempt to launch from Camden with his Electron rocket, the closest thing to the theoretical one used in the FAA's analysis.

"We have a very deep commitment to public safety here, so we certainly would not ever endanger the public in that way. It's just...not cool," he said in the article. "But, I mean, there's just no way that the FAA would agree to that. I just can't imagine how that would ever happen."

Marsh As Debris Field is Questioned

On Sept. 27, the Little Cumberland Island Homes Association, which represents the island's 48 homeowners, sent its latest letter to the FAA. In it, Kevin Lang, an attorney, and the vice president of the association, wrote that Spaceport Camden's launch site is "too small."

The Current noted that Lang told the FAA that the facility must be big enough that any debris from a failed launch would land on the spaceport's property, or land the spaceport has permission to use. For a small rocket, that is a circular area around the launch pad with a radius of more than a mile.

But within that circle around the proposed launch pad, much of the property belongs to the state.

"The debris dispersion radius for the proposed spaceport includes over 2,000 acres of salt marsh that is owned by the state of Georgia," Lang wrote in the letter. "It also includes approximately 770 acres of the Satilla River and tidal creeks, which are navigable waterways owned by Georgia. We have previously brought this fact to the FAA's attention."

According to The Current, Spaceport Camden's property does not have a king's grant associated with it, meaning it is not privately held, and the state has not leased it.

"There is no evidence in the record that the state of Georgia has entered into any such agreement or given Camden County or the FAA any type of commitment to do so," Lang wrote.

Spaceport Camden is headquartered in the town of Woodbine in Camden County. On its website, the company described its mission as becoming "the premier commercial spaceport strategically positioned to provide economic diversity with a competitive advantage for the space sector, Camden County, the state of Georgia and the United States of America."