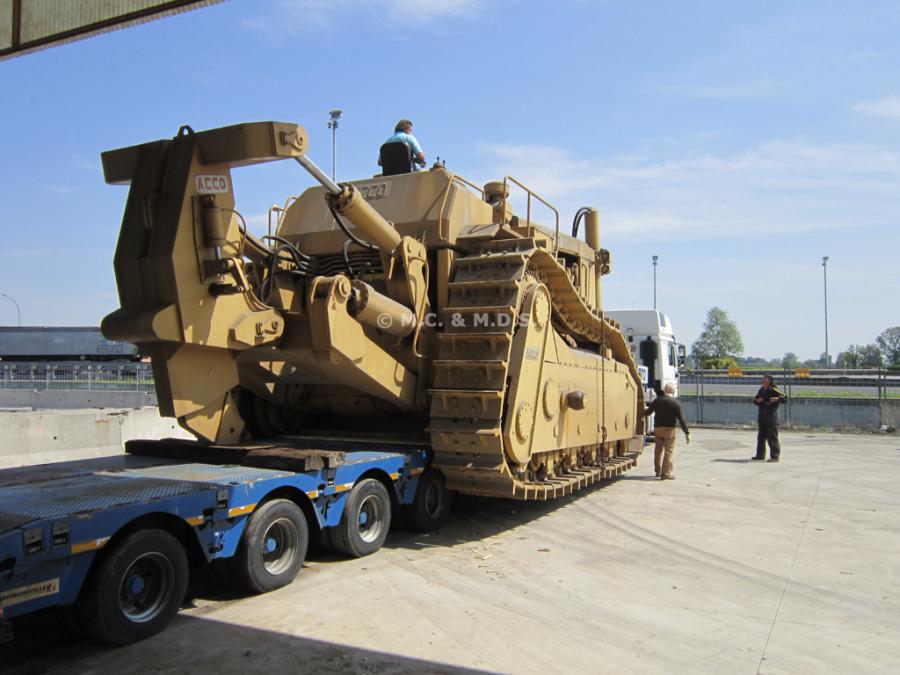 The ACCO super dozer is loaded for transport from the Acco depot in Portogruaro to its new home on May 15, 2012. (Mauro Dal Santo/Marco Castellan photo)

In the early 1980s, Umberto Acco, an entrepreneur and owner of a civil construction company in Portogruaro, northern Italy, received a job that would require his company to build a custom crawler dozer and motor grader.

The machines needed to be big — really big — and were intended to be used on a project that involved moving earth — lots of earth — in large, desert areas.

While many components of the dozer had to be custom made, including the blade, Acco used mainly Caterpillar parts to build what has become known as 'Super Dozer'— the world's largest bulldozer.

As of 2018, it also is the most powerful tracked dozer ever made.

How Big Is Big?

The specs for the more-than-40-ft., 183-ton crawler dozer are dizzying. Two 8-cylinder, 675 hp Caterpillar diesel engines combine for a 1,350 hp output. The blade measures 23 ft. wide and 9 ft. high. The rear ripper (a claw-like device) measures 10 ft. and is powered by hydraulic rams.

The tracks were custom made by Berco. The transmission operates through two drive sprockets for each track to create torque generated from the engines. The brakes and control mechanisms are operated hydraulically. This massive piece of iron was the only one of its kind produced. 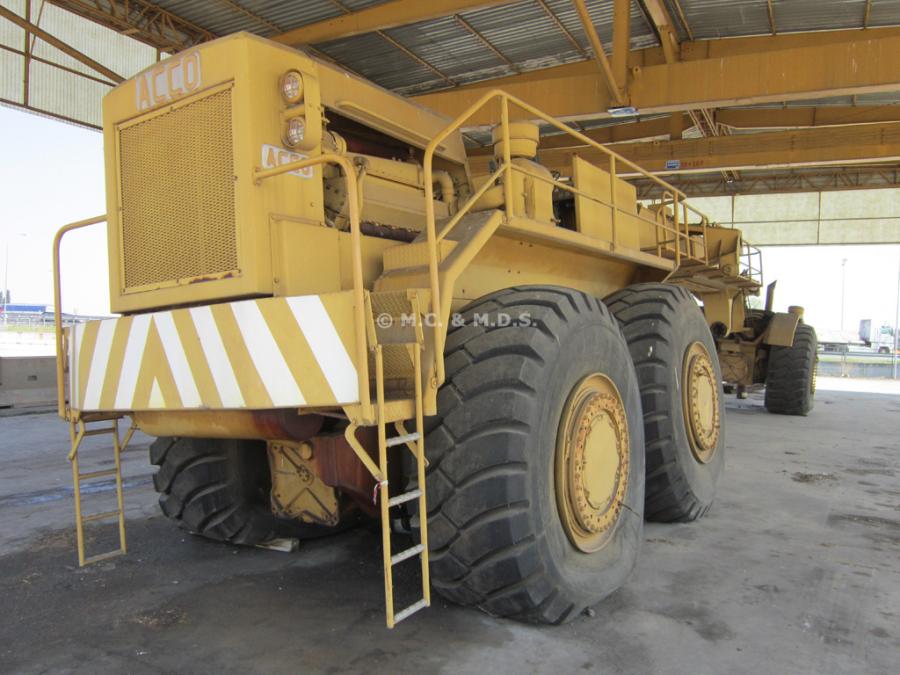 While in storage, the machine became a tourist attraction. It did not survive its time in storage and has been dismantled and sold for scrap.

The dozer and motorgrader were to be used for a massive earthmoving project in Libya. It is unclear whether the machines were to be used for a pipelaying project or for other land-development but just as the dozer was completed, Colonel Gaddafi encountered an embargo by the United Nations, which included trade restrictions. The ACCO dozer and motorgrader could not be shipped to Libya.

The dozer was operated only once on a job in southern Italy. However, the cost of transporting it was prohibitive and both machines were placed in storage and maintained at the factory where they were built.

Umberto Acco passed away in 2006 without appointing successors to the company. The decision was made not to continue with Acco's innovations and the business was shuttered. The property became a dumping ground for various earthmoving machines, including the giant dozer and motorgrader.

In 2012, an old friend and neighbor of Acco, Dino e Rino Valerio, who also is a collector of historic vehicles, saved the dozer from demolition. He purchased the monster machine and arranged for heavy transport to a new location. Although Valerio passed away in 2012, today the dozer is safely stored and on display with the rest of his collection for public viewing at the family's Bejaflor nursery.

Sources for this article include: