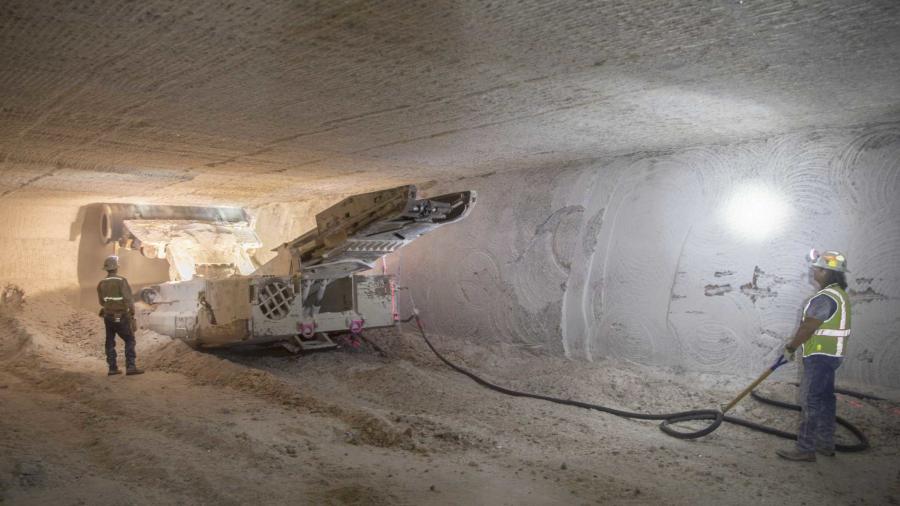 Constructed in a deep layer of salt in southern New Mexico, the repository entombs the radioactive remnants of decades of nuclear research and bomb-making.

After seven years of mining, federal officials said work to carve out the eighth disposal area at the U.S. government's underground nuclear waste repository is complete.

Managers at the Waste Isolation Pilot Plant are planning to use the space beginning next year. Workers still need to run power to the excavated area known as Panel 8 and install air monitors and chain link to protect the walls.

Constructed in a deep layer of salt in southern New Mexico, the repository entombs the radioactive remnants of decades of nuclear research and bomb-making. That includes special boxes and barrels packed with lab coats, rubber gloves, tools and debris contaminated with plutonium and other radioactive elements.

Having enough space for the waste became more of an issue in 2014, when a radiation release contaminated parts of the underground facility and forced an expensive, nearly three-year closure. Some parts of the repository became off-limits. The incident also delayed the federal government's cleanup program and prompted policy changes at national laboratories and defense-related sites across the U.S.

State regulators currently are weighing a permit change that some critics say could open the door to expanded operations at the repository. A decision is expected later this year.

The repository has been in operation for more than two decades, having received nearly 13,000 shipments. The idea is that the shifting salt will eventually encapsulate the waste after the underground vaults are filled and sealed.

Reinhard Knerr, a manager of the Department of Energy's Carlsbad Field Office, said the completion of Panel 8 was a long time coming but that it will be ready just in time. Panel 7 is expected to be full by April.

The rooms that make up Panel 8 are 300 ft long, 33 ft. wide, and 15 ft. high. Officials said laser measuring devices were used to guide the mining machines that cut the salt and large trucks were used to take the material to a hoist for transport to the surface.

Officials said more than 157,000 tons of salt were mined during the project.

The next project for the mining machines will be carving out drifts, or passageways, that will connect with a utility shaft that's under construction.