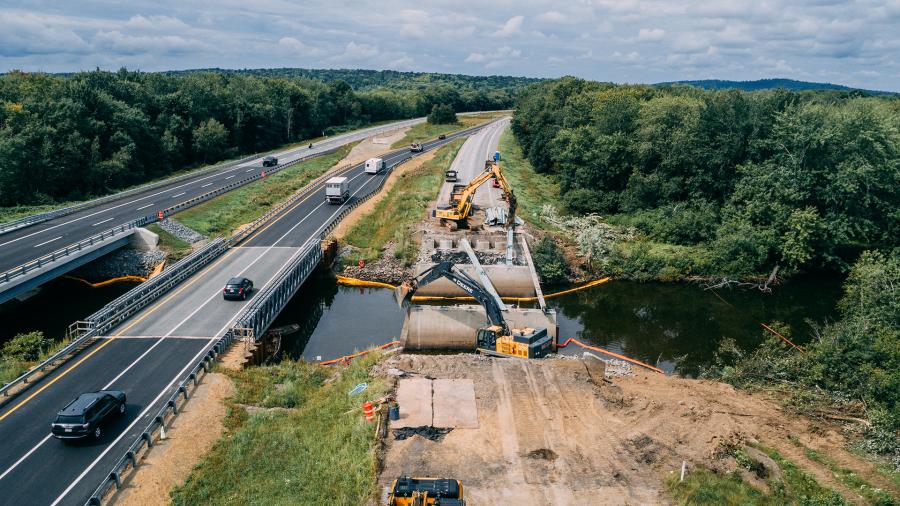 Work on the Hampden Bridge Bundle, a project that involves rebuilding eight bridges and rehabilitating a ninth bridge along a 4-mi. stretch of I-95 in Hampden, Maine, is proceeding, with Cianbro of Pittsfield, Maine, the lead contractor.

Work on the Hampden Bridge Bundle, a project that involves rebuilding eight bridges and rehabilitating a ninth bridge along a 4-mi. stretch of I-95 in Hampden, Maine, is proceeding, with Cianbro of Pittsfield, Maine, the lead contractor.

The eight bridge replacements are happening on the northbound and southbound sides of the interstate at four sites between Exits 174 and 180. Three of these bridge pairs cross the Souadobscook Stream and one pair crosses Emerson Mill Road and the Central Maine & Quebec Railway. The one bridge rehabilitation is happening at the Exit 180 off-ramp on Cold Brook Road over I-95. 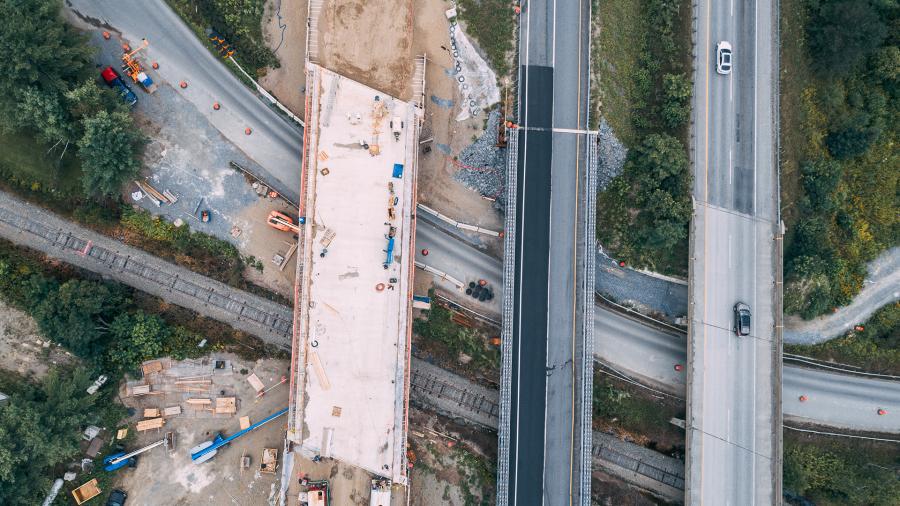 The work started in March 2020, when R.F. Jordan of Ellsworth, Maine, did all the associated earthwork for the permanent and temporary bridges.

"We have installed close to 200,000 cubic yards of aggregates to the temporary diversions on the northbound bridges alone," said Barbara Jordan, an executive at the company.

"We have recently completed and swapped traffic on to the three northbound stream bridges. We then swapped southbound traffic on to the temporary diversions and completed demolition of the old stream bridges. We're in the process of driving H-Pile for the new permanent abutments with a new Link-Belt 228 HSL 130-ton lattice boom crawler crane. We've begun installing formwork and rebar at our southbound stream bridge abutments and will be placing concrete at each of those over the next few weeks.

We will also finish up on the northbound Emerson Mill Road bridge in the coming weeks and will swap traffic on to this bridge at the end of September.

"We've been using the new Link-Belt crane along with an APE D30 diesel hammer for driving H-pile," she added. "We've also been using an 80-ton rough-terrain hydraulic crane and a 30-ton boom truck for various activities around the job site."

Two of the other subcontractors on the job are H.B. Fleming of South Portland, Maine, that is performing pile work to support the bridges, and Eurovia-Northeast Paving/Bangor, Maine, which is performing pavement work. 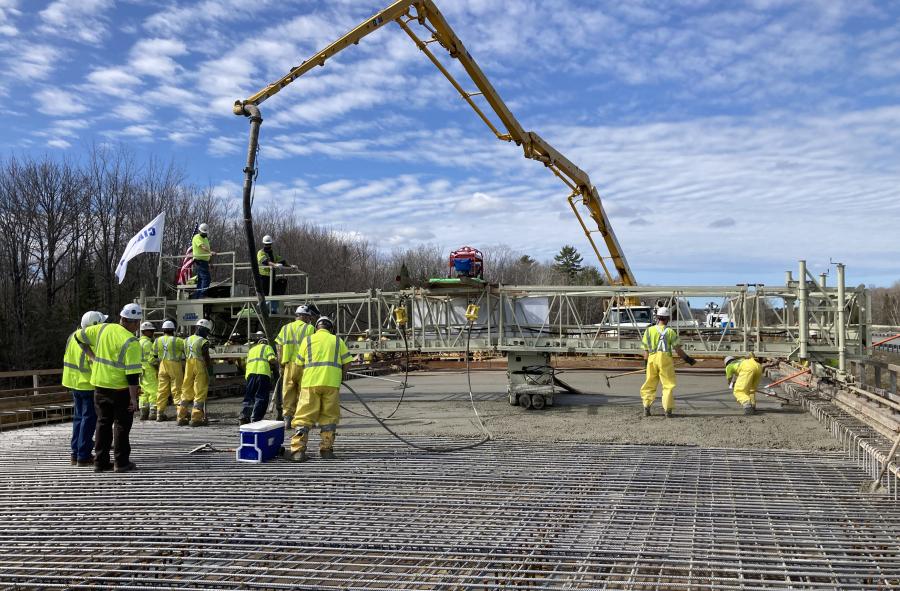 The Hampden bridges are approximately 60 years old and approaching the end of their useful lives. The new structures will include non-corrosive materials to reduce future maintenance needs and the bridges over the Souadabscook Stream will be single-span structures to eliminate the need for piers in the water, according to the Maine Department of Transportation.

Federal funds are covering 88 percent of the cost of the $44.8 million project, with state funds covering the remainder, according to Maine DOT spokesperson Paul Merrill. CEG